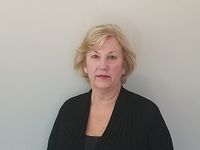 Please join us for our monthly Lakselaget DC Luncheon on March 2 with a very engaging speaker, Ms. Pamela Banks. "Mission to Norway and the Race for the Atomic Bomb"

Pamela Banks’ family members served in the United States Army during World War II and their lives were profoundly impacted by the race to build an atomic bomb. One life was lost and another life was saved by President Roosevelt’s decision to develop experimental nuclear weapons and by President Truman’s decision to deploy them on Japan ending the war in the Pacific. The full story of their military service was discovered in 2010 when Pamela began clearing out the attic of her family home to move to Leesburg, Virginia. She opened a wooden box containing pictures, letters, and documents that had been hidden for more than five decades and eventually learned why her uncle’s remains rest in Norway. Prior to moving to Virginia, Pamela lived in both New York and New Jersey. She is currently a volunteer at the George C. Marshall International Center in Leesburg.  Following an extensive corporate career in human resources and organizational change, she became a career transitions coach and an independent consultant. Pamela graduated from Columbia University with a Master’s Degree in Organizational Psychology and was trained as a business negotiations coach at the Program on Negotiation at Harvard Law School. Please RSVP by February 27!